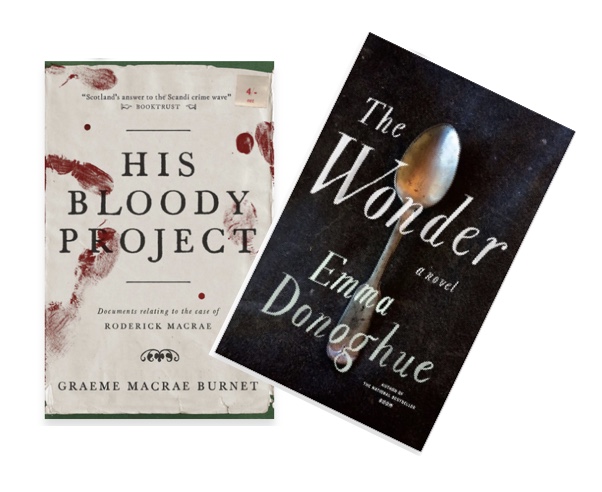 The book group met on Monday 9th April that members had read in March. It is fair to say that both books divided the group and some members found the books a little too ‘miserable’ to be truly enjoyable reads. However in contrast a number of the group thought that the books were excellent.

His Bloody Project by Graeme Macrae Burnet was inspired by a true story and for those who enjoyed the book it was felt to be a very interesting and gripping read. The telling of the tale in three parts giving different perspectives on the story was appreciated and the character writing was felt to be brilliant. The book was highly informative about the crofting system and the way the landed gentry treated the poor in those days. It was felt that the book had been very well researched. Some of the group had not enjoyed the read with some not persevering to the end, however those who did enjoy the book stated that they would be happy to read another works by this author. On checking it was found that the author has written other works and indeed was shortlisted for the Booker prize in 2015

The Wonder by Emma Donoghue also divided the group, although everyone agreed that it was a very depressing story. For some this was not a barrier to them enjoying the book which they felt told a very interesting and evocative tale. There was a discussion as to whether the ‘drawn-out’ nature of the story was indeed a narrative device, there were some of the group who felt that even if it was device that didn’t prevent it from also making the book feel monotonous and for some monotonous to the point of boredom. Those of the group who finished the book all agreed that the characters were well drawn and that there were a number of the peripheral characters about whom they would have liked to know more. Some of the group felt that the love story within the book was a little ‘Mills & Boon’ but in general the happy ending was welcomed as a conclusion to an overall very sad and depressing tale. Overall the group agreed that they had enjoyed Frog Music by this author more than this book.