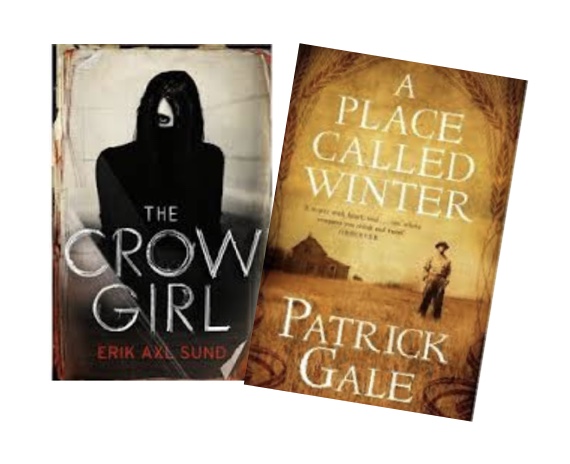 Crow Girl by Erik Axl Sund.
Only a few of the group had read this book, some had started but not finished due to the harrowing nature of the subject matter. This who did read it in general did not enjoy the book, simply due to the subject matter and the graphic descriptions of horrific acts of abuse and violence. The view of the group is best summed up by this quote from one of our members ‘horrifying, horrible and gruelling’

A Place Called Winter by Patrick Gale.
In contrast this book was largely enjoyed by those of the group who read it. The group felt that the contrast between upper middle class England and ‘setting-up’ in Canada was particularly successful and well drawn. The book’s portrayal of the main characters sexuality was sensitive and careful and the group was not surprised to be told that this was based on the sexuality of the author’s great grandfather. In general it was felt that the book covered difficult subjects such as sexuality and mental health and handled them well. It was agreed that this book was an informative and enjoyable read and an excellent recommendation. it was agreed to add other titles by the same author to the future reading list, including ‘Notes of an Execution’, ‘A Perfectly Good Man’ and ‘Rough Music’